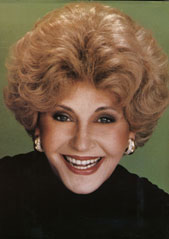 Cynthia Freeman’s novels have appealed to many readers. New York Times Book Review writer Mervin Wexler pointed to Freeman’s deft storytelling, her understanding of family dynamics, and her sometimes “vivid” writing as elements that contributed to her having sold over 22 million copies of such novels as Portraits, Come Pour the Wine, and No Time for Tears, in twenty-three languages. Freeman professed a lifelong affinity for writing, but she never seriously considered writing a novel until she was idled at age 50 by a five-year illness. To occupy herself during that period, she wrote A World Full of Strangers, a multi-generational novel focusing on a man from New York’s Lower East Side who goes to great lengths to conceal his ethnic background. Not only does he change his name and forbid his wife to tell their son about their heritage, he indulges in some anti-Semitism himself. The reading public responded favorably to Freeman’s first novel, buying over two million copies of A World Full of Strangers.

Freeman’s subsequent novels have been as eagerly received as her first. Maude McDaniel commented on the author’s appeal in the Washington Post Book World. McDaniel described Come Pour the Wine as being, “like all Freeman’s books, compulsively readable… The reader comes to like these people, and to want to be in on everything that happens to them.”

No Time for Tears was Freeman’s most “ambitious” novel, according to Mona E. Simpson in the Los Angeles Times Book Review. New York Times Book Review contributor Mel Watkins agreed that No Time For Tears is “more than a generational saga; Miss Freeman has attempted to depict the struggle for a Jewish state through the lives of her characters.” Watkins felt that the book was ambitious in its scope, but declared that “Miss Freeman relates this tale of struggle and courage in heartfelt, almost inspirational prose.” She concluded that, especially in its personal scenes, “the novel has a great deal of poignancy.”

Freeman described herself to Los Angeles Times interviewer Harriet Stix as “hooked” on writing, explaining that she wrote because she enjoyed it. “It has nothing to do with fame or fortune or celebrity–nothing… I just do what’s comfortable for me. I don’t believe there are any rules–that’s why it’s called creative writing.” She told Stix that her novels usually featured Jewish characters simply because “it is easier for me to write about the Jewish experience because it’s my experience. They are themes, but they could be universal–love, hate, peace, war, cradle, grave, self-hatred.”

Freeman shared these insights in a Parade essay: “You know, all of us are gifted in some unique way. All of us harbor some dream we never had time to fulfill, some treasured hobby we never had enough time for. Whether it’s writing or interior design, painting or caring for the very young or the very old, there is in each of us the key to open the door to the great need we have to acquire satisfaction and bestow satisfaction. Imagination is forever young; dreams don’t turn gray.” 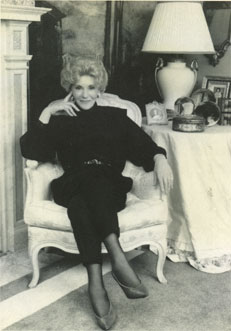 FURTHER READINGS ABOUT THE AUTHOR:

SUMMARY: –Cynthia Freeman, who launched her writing career after she turned fifty, was the author of ten best-selling novels. Titles include her first novel, A World Full of Strangers, Fairytales, Portraits, The Days of Winter, No Time For Tears, Illusions of Love, Come Pour the Wine, Seasons of the Heart, The Last Princess, and Always and Forever. Prior to her writing successes, living in San Francisco, Freeman raised a family and worked many years as an interior decorator. Her books have been translated into twenty-three languages and have sold more than 22 million copies.